Ghostbusters Car to Feature in Cannonball 2022 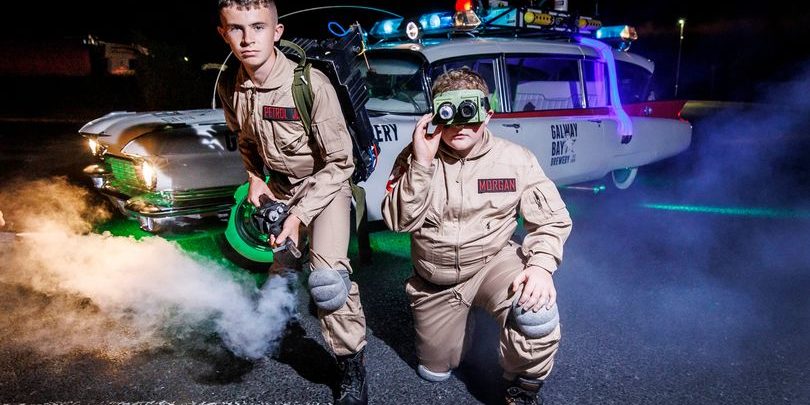 The first ever Ecto-1 Ghostbusters Car, which was built in Ireland, will be on display at Cannonball Ireland in September!

The 200 supercars will blast off from Malahide Castle on Friday, September 9. The event, which sees a fleet of amazing cars make their way to Cork to raise money for The Hope Foundation. Cannonball is an action packed supercar spectacle is the largest organised road trip in Europe and drew huge crowds to Malahide last year.

This year the event will feature the first ever Ecto-1 Ghostbusters Car built in Ireland, presented by Galway Bay Brewery. The build commenced with a 1960 Cadillac and took 5 years to transform into Ecto-1 including the iconic roof rack, Proton Packs for all of the crew, Ecto Goggles, P.K.E. Meters and ghost traps.

The car is 23 ft long with a straight piped short block V8 motor. For the Cannonball event, the car will be fitted laser light show and smoke machines.

Spectators will have the opportunity to get up close and personal with the spectacular cars taking part in the road trip before they set off from Malahide. There will also be a unique festival experience for visitors which will include Brazilian dancers, live DJs and a band at the various towns the 200 cars are visiting.

Cannonball has raised €1.3 million for Irish charities so far and aims to raise a further €250,000 for The Hope Foundation.

Spectators are being encouraged to wear fancy dress this year with prizes for best dressed up for grabs. Cannonball was founded by Kildare businessman Alan Bannon and the benefit to the host towns for this event is estimated at €2,567,000 per year.

HOPE are delighted to the chosen charity partner for Cannonball again for 2022!