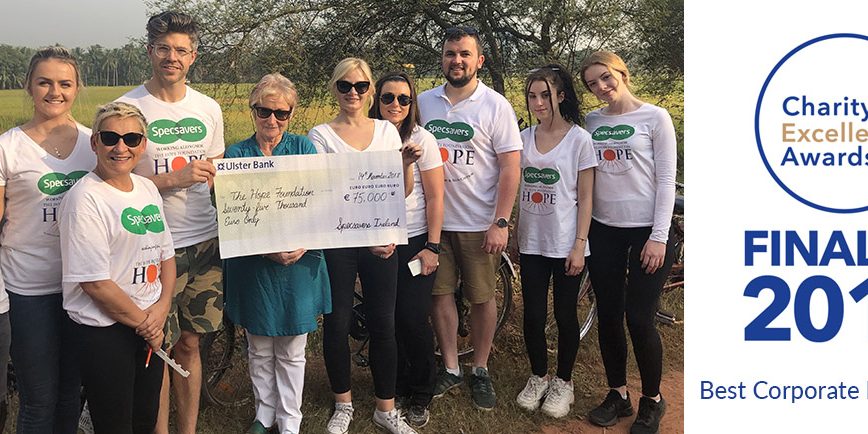 We are so delighted to announce that our incredible partnership with Specsavers Ireland has been shortlisted for the Charities Institute Ireland “Charities Excellence Awards 2019”, in the category of Best Corporate Partnership! These awards aim to highlight and reward excellence within the charity sector.

The Awards gala dinner will be held at the Guinness Storehouse in Dublin on Thursday 20th June, 2019.

Here is what this special partnership accomplished in 2018:

When the Specsavers team from Ireland came to Kolkata, together with their Indian counterparts, they coordinated and attended four eye camps in the street and slum communities. They conducted specialised eye clinics at the HOPE Hospital. They also ran eye camps for the street population with the night round mobile medical ambulance for three nights covering five street areas. Their amazing team was made up of three Optometrists and one Dispensing optometrist. During their time in Kolkata they saw 1300 patients in the eye camps, outdoor and night round. Over 1100 free pairs of glasses were provided. This is an extraordinary weeks work and signifies what can be achieved when we truly collaborate for a common mission.