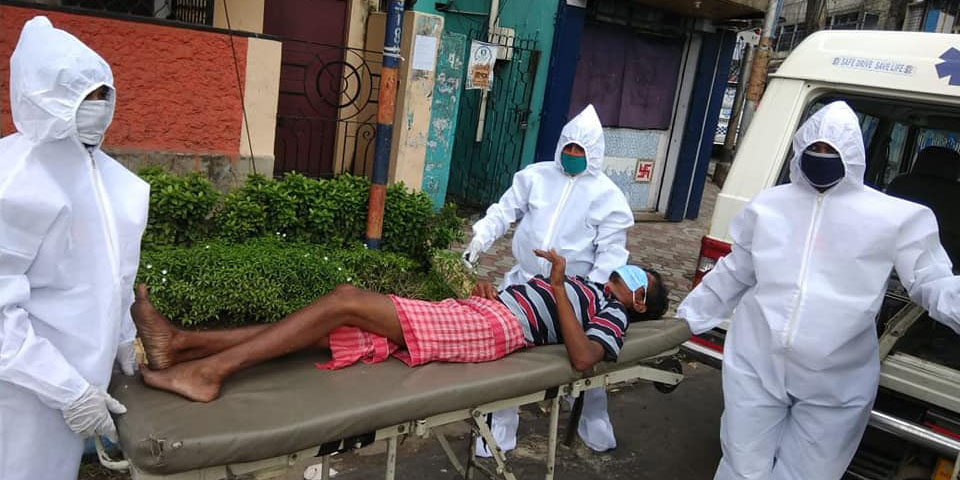 We would like to share some observations on this pandemic from Kolkata, written by a man we have known for many years, an Irishman who calls Kolkata home – Jim McGinniss. Jim is a volunteer who has worked with the Missionaries of Charity for the last 22 years in Kolkata, looking after the homeless population in the railway stations, mainly Howrah and Sealdah Station. Jim kindly sent a few words of his experience during the Covid-19 outbreak to share. Please take a couple of minutes to read.

With Gratitude to HOPE from Kolkata
by Jim McGinniss

Since the opening of Hope Hospital in Kolkata I have been privileged to witness firsthand the outstanding service the organisation provides in the hospital for the poorest of the poor from the streets of Kolkata.

During the Covid-19 lockdown, the dedicated professionalism and compassion of the staff of the hospital has gone from outstanding to beyond description. I wish to commit to writing my appreciation and deep gratitude, on behalf of the poorest of the poor, who cannot speak for themselves, to Hope.

As the virus worsened, public hospitals and other NGOs closed their doors to destitute sick children, women and men. This was done to protect the patients already in their care. Even the poor infected with the virus, who we took to government hospitals were refused admission because they had no identity, no family. We were finding seriously sick, even starving people on the streets with nowhere to take them. Except HOPE HOSPITAL. Hope hospital remained open to accepting every sick and dying person we brought to them, never once turning anyone away. I exaggerate not when I say that HOPE is the only hospital in this city of 15 million which has opened its arms to the poorest of the poor throughout this virus. There were times when I thought that the staff were overworked and we were piling too much on to them with the numbers we were finding on the streets. But the more we brought, the more dedicated they were in caring for them until they were well enough to return to their family, if they have one, locating loved ones or seeing to the respectful disposal of their remains. The staff endurance during this unprecedented crisis has been a source of inspiration to me.

Not only has HOPE welcomed each patient we have brought, but many times has sent the ambulance, even in the dead of night to pick up serious patients found by our group of volunteers. I speak of patients with ugly, unbearable wounds, heads crawling with maggots, patients dying. The situation is critical, the suffering relentless, but HOPE, true to its name has not given up on them.

Another inspiring aspect of seeing HOPE at work is the number of young people who were once recipients of HOPE’s compassionate programmes, now working as full time care workers in the organisation. Even one orphan boy who I taught for many years is now a social worker, sometimes working alongside me, his old teacher. It is marvellous to behold. HOPE not only saves, but rehabilitates and enables young people to live meaningful self sufficient lives, carrying on the service to the poorest of the poor in this city.

Hope Hospital, The Hope Foundation and the generous people of Ireland, I salute you.