Solidarity – Light a candle in your window for HOPE Hospital 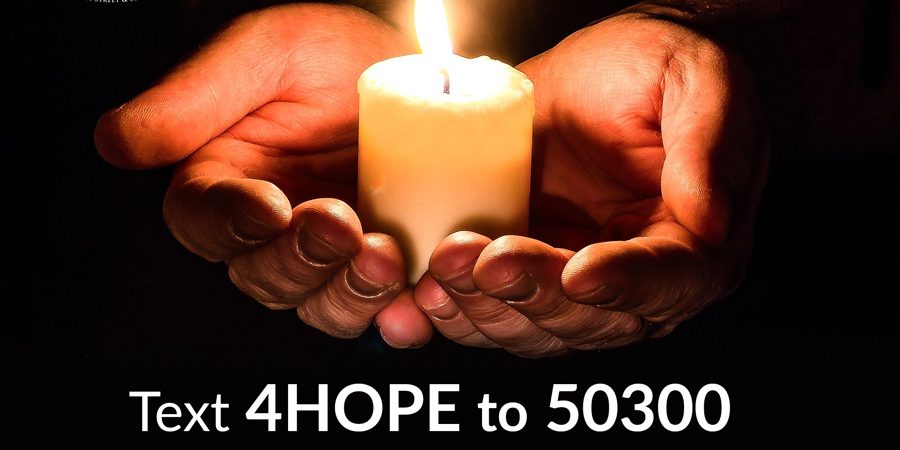 To all our friends,

We know how difficult things are for everyone at the moment; we are all worried and trying to protect our loved ones. We are asking you to help us to prepare the HOPE Hospital in Kolkata for Covid-19. Measures like social distancing are much harder to adhere to in the slum communities. Today all the schools have closed in Kolkata until the end of March. We know it is coming and we also know that in West Bengal there are only 1.5 hospital beds per 1000 people. Our little hospital will have to step up.

So what are we asking of you? We would love if you would light a candle in your window tonight or tomorrow night on St. Patrick’s Day, to show solidarity with those who are alone, frightened and worried – let them know we are all in this together. Then take a picture of your candle and text 4HOPE to donate €4 to HOPE Hospital and share on social media with the hashtag #4HOPE to get more people involved.

Please help us if you can and share with anyone you think may be able to support us. Below is a story of a 60-year-old man recently rescued at HOPE Hospital. It is a vitally important facility for the underprivileged of Kolkata and will be even more important over the coming weeks and months. You can find out more about HOPE Hospital here.

Thank you for all your kindness in the past, we send you all our love and best wishes. Please stay safe.

Sumantro, 60, was rescued from Sealdah railway station by a volunteer of the Missionaries of Charity on 31st January this year. He was discovered in a very disheveled state with long hair and beard and wearing nothing but rags. Sumantro revealed that he had not bathed in four years. Worryingly, he was unable to walk properly. In such a condition, he was immediately rescued and admitted to HOPE Hospital the same day. 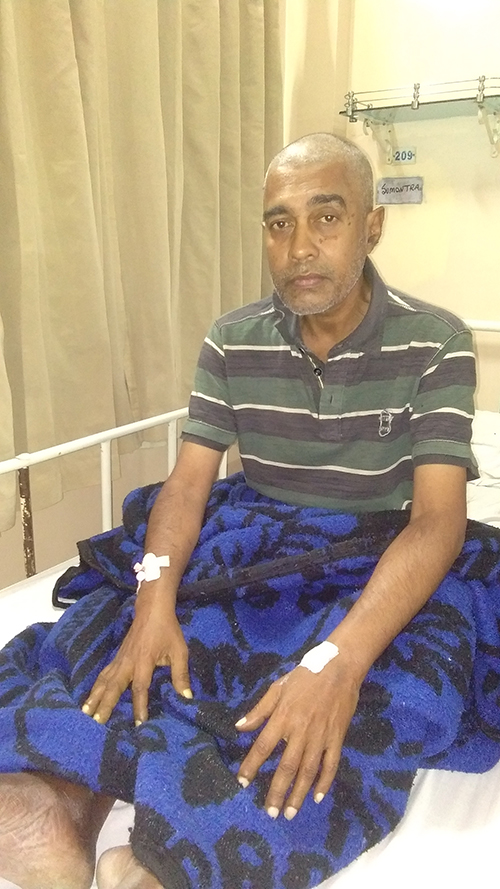 On arrival at HOPE Hospital Sumantro was washed and shaved and was totally transformed! He was then given something to eat before being thoroughly checked over by a medical officer. It was discovered that he had had orthopedic surgery many years ago and the implant needed to be urgently removed. This was done the very next day.

Sumantro remained at HOPE Hospital for post-operative care and during counselling he began to share his story. He was an educated man with a good schooling background and a qualification in commerce. He had a decent job and lived with his parents in a rented house in the Ballygunge area of Kolkata. Unfortunately, they both died in 2004 and Sumantro’s life began to fall apart. One day he suffered a bad fall on the street and broke his leg in 2 places. He was taken to a government hospital for orthopedic surgery, but the wound became infected after he was discharged. Gradually, Sumantro lost the ability to walk properly. As a result, he lost his job and with no regular income it wasn’t long before his meagre savings were depleted. He was evicted by his landlord and was forced to live on the street, eventually making his way to Sealdah station where he was discovered.

His surgery at HOPE Hospital was a success. Sumantro was soon able to walk with an aid. On 8th February, just 8 days after being rescued, Sumantro was brough to the Missionaries of Charity to continue his rehabilitation and to begin the next stage of his new life. He was, and remains, extremely grateful to HOPE Hospital.