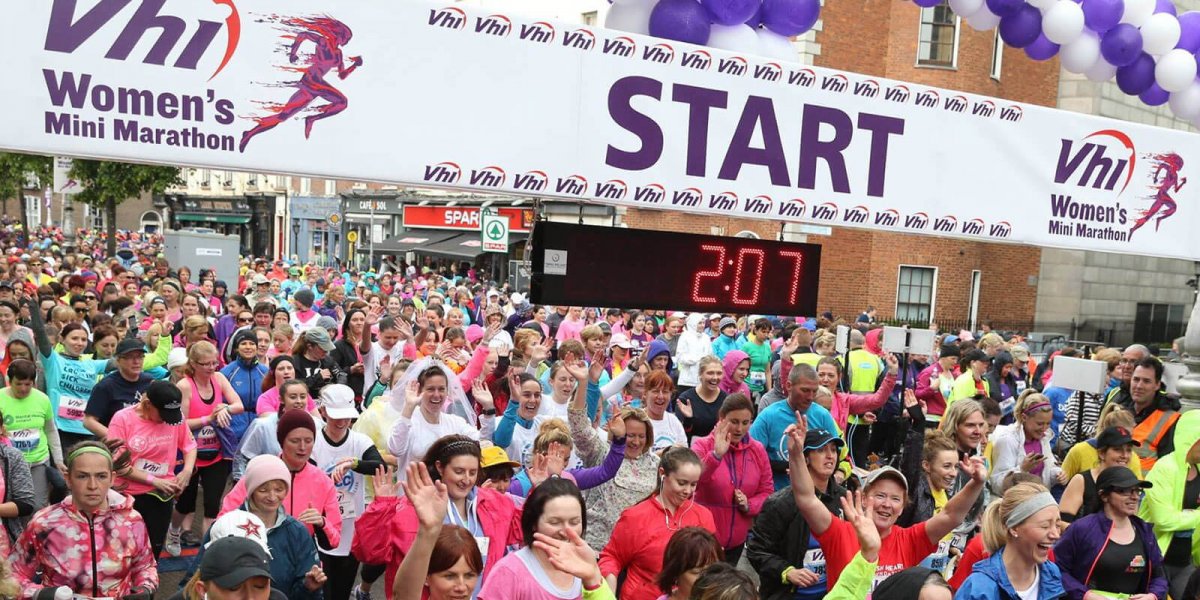 Planning on running the VHI Women’s Mini Marathon on May 31st? If so why not consider running in aid of HOPE!

The VHI Women’s Mini Marathon, an annual 10k charity road race, occurs each June bank holiday weekend in Dublin and is the largest Women’s event of its kind in the world.

In 1983, the inaugural event had 9,000 women entering and the event reached a record attendance in 2014 with over 41,006 women taking part. The event has grown in popularity as women have taken more interest in their own health and fitness. A staggering 1.06 million women have entered the event over its 37 years.

An estimated €225m euro has been raised for charity since its beginning in 1983.

Please join Team HOPE on May 31st and help support the street and slum children of Kolkata. Use the buttons below to register with us your intention to run in aid of HOPE, to sign-up to the run itself and, if already signed up, create your Every Day Hero fundraising page.

Register with HOPE for the 2020 Women's Mini Marathon