We Are Listening: Riya’s Story 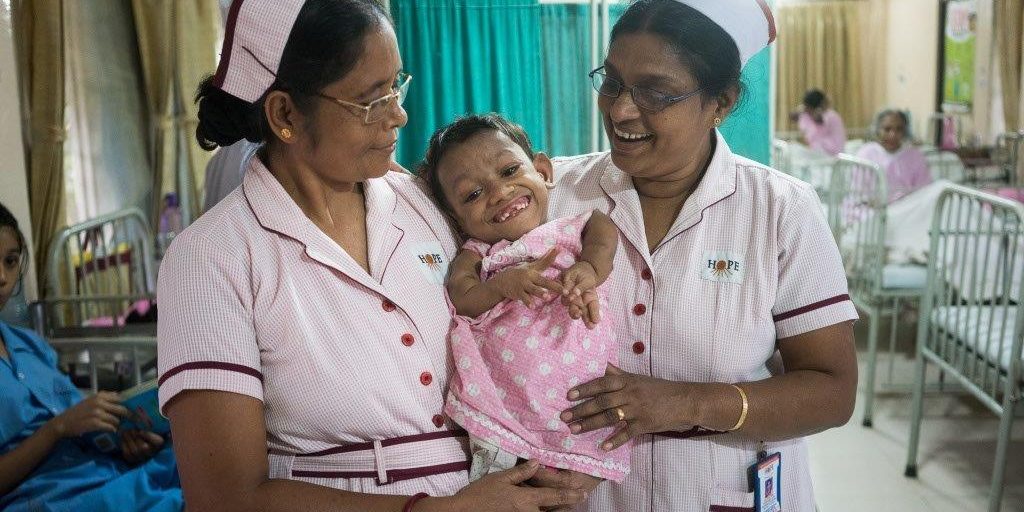 At HOPE we are listening to the most vulnerable children in the world. One such child is Riya.

Riya was found abandoned, suffering from severe disabilities, in a plastic bag under a seat in one of Kolkata’s busiest train stations. Riya, estimated to be around 5 or 6, was most likely abandoned due to the gender bias across India; deeming her as a financial burden to her family. This, coupled with the stigma and lack of knowledge surrounding disability, resulted in Riya being left for dead.

HOPE, in collaboration with the Kolkata Police, rescued young, helpless Riya and immediately rushed her to the HOPE Hospital for life-saving treatment, where she remained for 2 and a half months. Riya is a prime example of HOPE’s work in action, as she moved from HOPE Hospital to HOPE’s Crisis Intervention Centre for rehabilitation and finally to a HOPE protective shelter for young girls for her long-term care and protection.

We remember young Riya from the day she came to HOPE Hospital, and have seen her transform from a very sick, timid and vulnerable girl to a confident, ever smiling and happy child. Riya has stolen the hearts of staff, volunteers and visitors across the HOPE community.

Since coming in to the care of HOPE, Riya has developed her eating skills, language and communication skills as well as being able to recite rhymes and songs. Although Riya is happily living in one of HOPE’s protection homes, she continues to be admitted to hospital on a frequent basis with breathing problems, fever and pain due to her congenital condition.

Riya’s life expectancy without HOPE’s intervention does not bear thinking about.

Riya continues to be an inspiration to everyone that is luck enough to meet her.